The best herbs for soups, and some of the earliest soup recipes using herbs.

It’s not necessary to have read Alice’s Adventures in Wonderland to identify with the Mock Turtle’s song, Soup of the evening, beautiful soup!

For as long as people have put fire and edibles together to make food, soup has been on the menu, flavoured with herbs that were originally there for the picking.

Soup is still our number one comfort food, and it is no coincidence that winter soup recipes contain herbs that can weather the cold: chives, celery, parsley, thyme and winter savory. Lovage and sorrel are also on the list, especially in winter-rainfall regions and sub-tropical areas where they don’t die down. All of these are the savoury-flavoured herbs that can withstand long cooking, which allows their flavour to subtly infuse a dish.

In this herb column with a difference, each of the five soup herbs is paired with an updated recipe that goes back centuries or was devised by a celebrated cook. 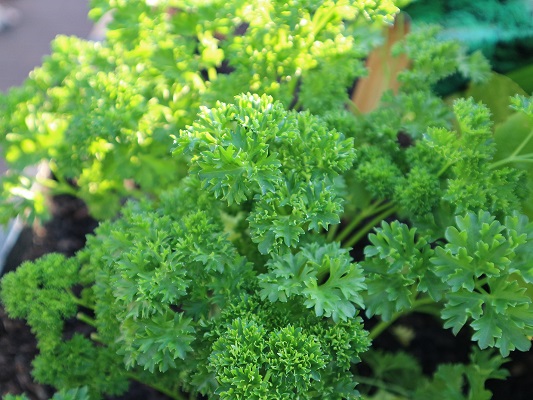 Richard II was the first king to produce a cookbook in English, and his court was known for its luxury and hospitality, with a reputed 2000 cooks. This soup recipe was typical of that era, with its use of expensive saffron.

Finely chop 2 – 3 sprigs each of parsley and hyssop and 3 sage leaves and add to a saucepan containing 5 cups of chicken stock, seasoned with a good pinch of ground mace, ground cloves, saffron (optional) and salt. When the stock starts to simmer, add 350g cooked, shredded chicken meat. Simmer until heated through. Beat 2 egg yolks with a little stock and add this to the pan, then stir to thicken. Add 1½ teaspoons of cider vinegar, pepper and ground ginger. Serve.

Tip: Italian parsley (flat leaf) is easier to grow than the moss-curled variety, has a more distinctive taste and stands up better to long cooking. 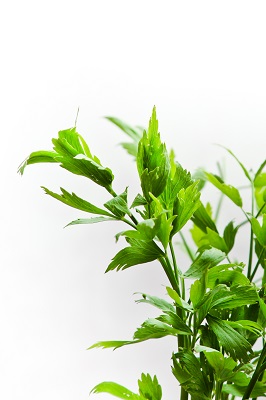 In Rome in the early 1600s Bartolomeo Scappi was cook to popes and princes, and his dishes were known for their refined simplicity alongside rich and elaborate fare.

To make his delicate herb soup, chop up 500g of spinach, 4 cos or romaine lettuce leaves, and a bunch each of parsley, lovage, mint and lemon balm. Simmer in 2 litres of rich meat or chicken stock until tender, being careful not to overcook. Mix two egg yolks with 3 tablespoons of light cream and stir this into the stock to thicken it. If overcooked the fresh green colour is lost and the eggs will curdle. Season with salt and pepper, a squeeze of lemon juice and a rasp of lemon zest. Extra lemon zest can replace lemon balm if it is not available.

Tip: The leaves and stems have a celery flavour that intensifies with cooking. Use small amounts because of the strong flavour. 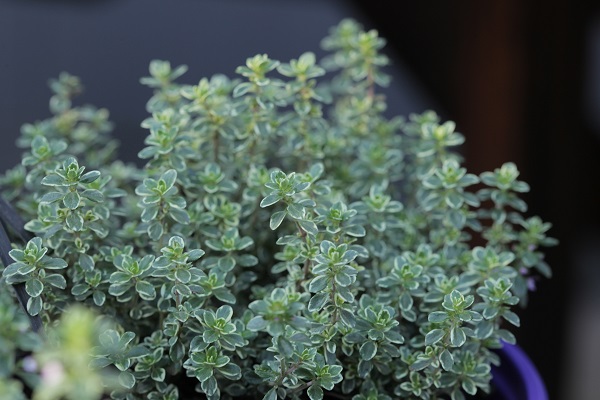 Delving into the history of Cape cookery, writer, poet and avid cook Dr C. Louis Leipoldt observed that soups were always popular and that “the humblest kitchen relied on a good soup to start a meal”. His recipe for garden soup is based on various soups mentioned in early manuscripts.

Chop sprigs of thyme and marjoram, with young leaves of beetroot, sorrel, lettuce, green beans, some young onions and turnips, a slice of green pumpkin and a medium-sized green chilli. Cover the herbs and vegetables with water and boil slowly for four hours. Add a pinch of mace, slices of green ginger and a few peppercorns to the soup and boil for another 30 minutes. Strain and season. Add a dash of cream, coconut milk or wine if the taste is too sharp.

Tip: Use sprigs in cooking and remove before serving or finely chop young stems and leaves. 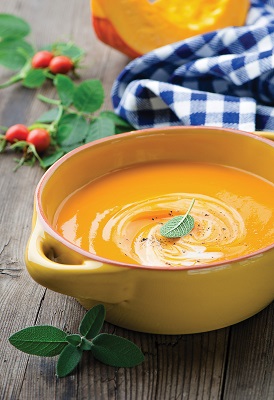 Another soup recipe from the Cape dates back to 1798, when Lady Anne Barnard’s vegetable soup was served at a dinner party that she hosted as the wife of Secretary to the Governor of the Cape.

Chop into small pieces a large head of celery (after discarding the green parts of the leaves), half a dozen sorrel leaves, an onion, a handful of spinach, three heads of cabbage and 20 carrots, and add three handfuls of shelled green peas. Make a roux with flour and butter, add the vegetables, then cover them with a broth or gravy. Stew the vegetables and herbs for 2 – 3 hours and season before serving.

Elizabeth David changed the face of British cooking, and her common sense approach combined with an elegant simplicity continues to inspire today’s foodies, including Jamie Oliver.

Her advice on soup making: “Don’t mix in too many ingredients, however good, because they will likely cancel one another out and the soup will not taste of anything in particular.”

This herb and vegetable soup is timeless. Cut 1kg of leeks into chunks and lightly sauté them in olive oil, seasoned with salt, pepper and the juice of half a lemon. Simmer for 20 minutes, then add 1 cup each of chopped spinach, garden peas and shredded lettuce, and add 1¼  litres of water. Cook until the vegetables are soft, then press through a sieve. Thin with a little milk, add more lemon juice if necessary, and stir in chopped celery, parsley and mint.

The Medieval Cookbook by Maggie Black (The British Museum Press)

A Feast for the Eyes by Gillian Riley, Yale University Press 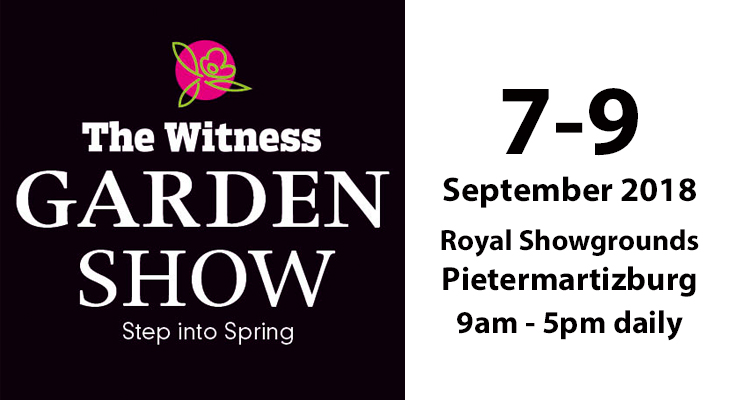